The race entry is open for both distances; the 23 kilometer race with two portages for all seniors (men and women) and the 14 kilometer – one portage – race for juniors and recreational paddlers.

A total of 2. 000 euro in price money will be divided and a start fee for the first five top 10 World Championship paddlers to register is available.

We hope te welcome all kayaking enthusiasts in our race where you can try your best against world class athletes in a beautiful Dutch scenery.

The entry page is now online! 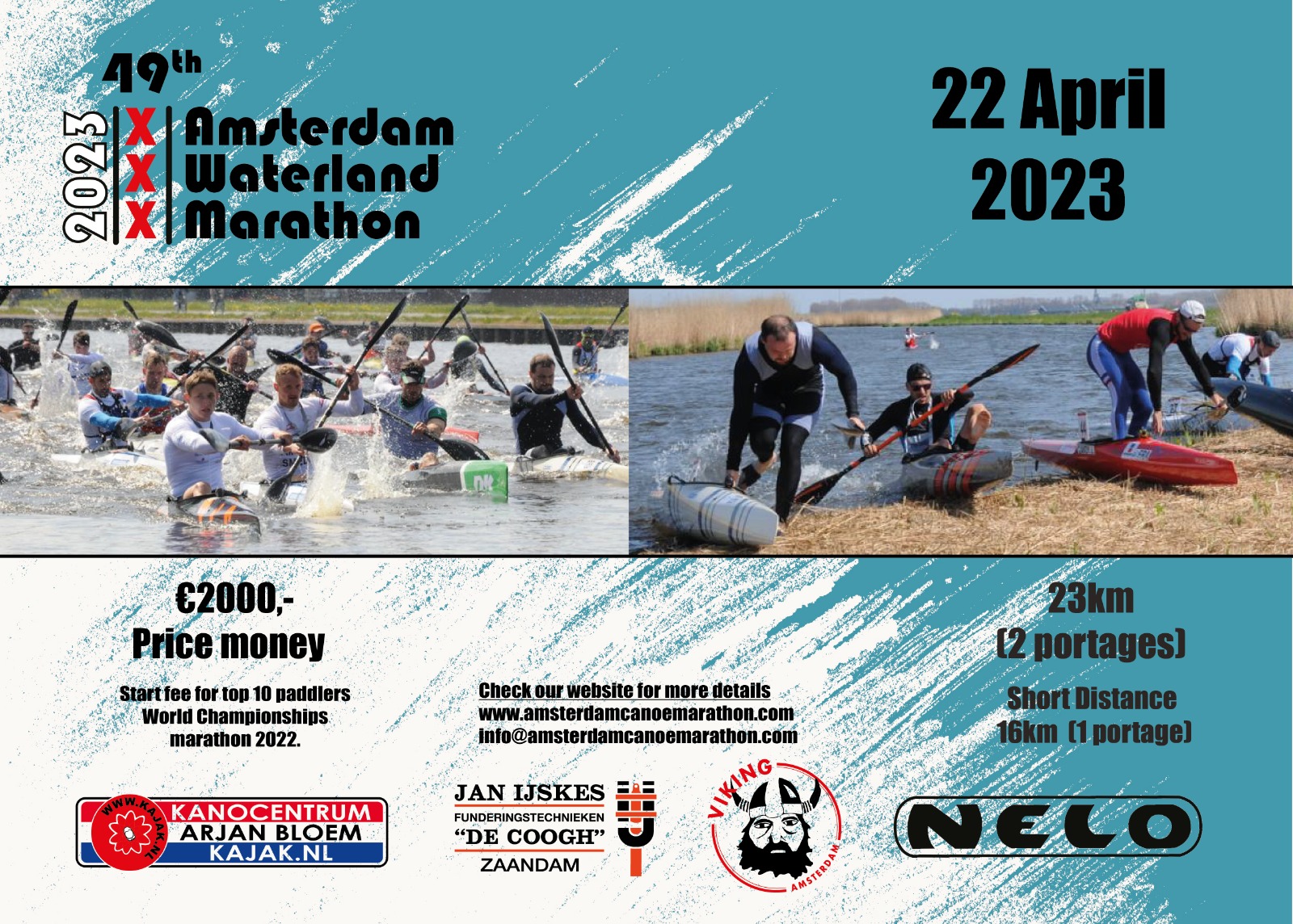 A record breaking time of 1:34:57;89  has been set by Pedersen. The current world champion turned out almighty as his title deserves, he had an incredibly high paced race doing 15 kilometers an hour solo.

For the 48th edition of this race it was a good start with little to no incidents, in contrary of the traditional early breakaway attempts and even false starts.  It was the ferry letting its cable hang turning out to be the biggest obstacle this time.

Right after the after the first kilometer when the race turned right into the Broekervaart a group of seven paddlers took the lead. This group went down the Broekervaart in an incredibly high pace. It was Pedersen, Boros, Harbrecht Quentin Urban that took the leading pack. But with the hard turn just behind the bridge of Broek only Gordon Harbrecht and Mads Brandt Pedersen stayed together in the lead. It was the first portage where Pedersen managed to break away with a high speed run past the docks of Monnickendam. As of that point he took the lead in the race and never gave it away. Only in the chasing group behind Pedersen a fight was then ongoing. Jeremy Candy eventually won the fight in this group managing to out sprint James Russel in the fight for the third place.

At the senior women race Zsofi Czellai Voros has successfully defended her title in a time of 1:52:28;15. Amélie le Scloteur came in at second place beating Krisztina Bedocs came for the third place.  “It was a long hard race, too much for when you prepare for sprint racing. But it never got boring, there would always be some other competitor or some beautiful scenery around” as Krisztina stated after the finish.

In the master race class it was Erik Verduyckt who took the win, just in front of Michael Dobler and Pier Siersma.

The junior men race was won by Oliver Varga in an impressive time of 1:45:45.81. The second place was taken by Dominc Stanley Fawcitt and Paul Donnellan Donnelan in third place.

The junior women race has been won by Eabha Ni Driscoll, coming in seconde place was Hjordis Sommer.

Find all results of the 48th edition here. 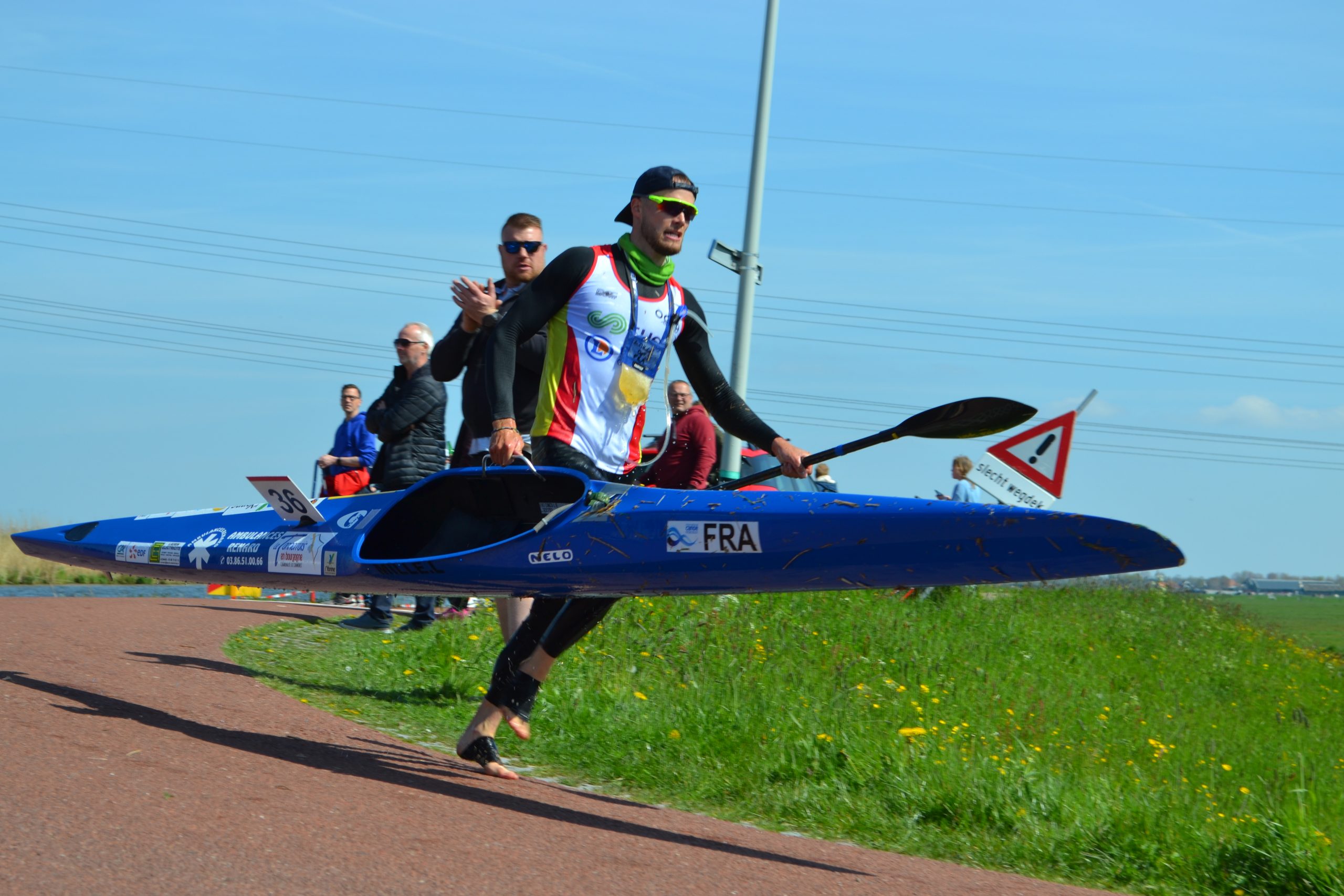 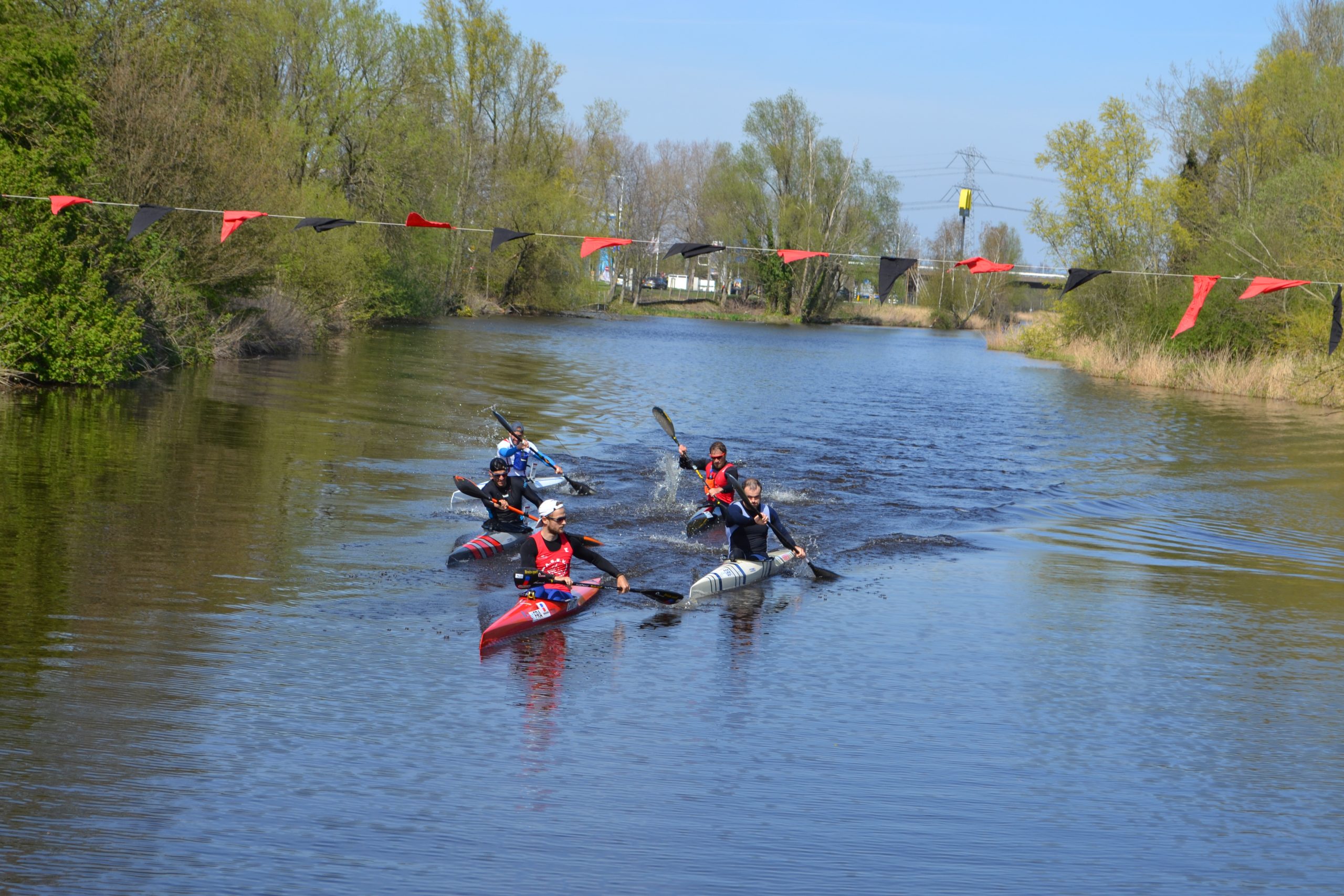 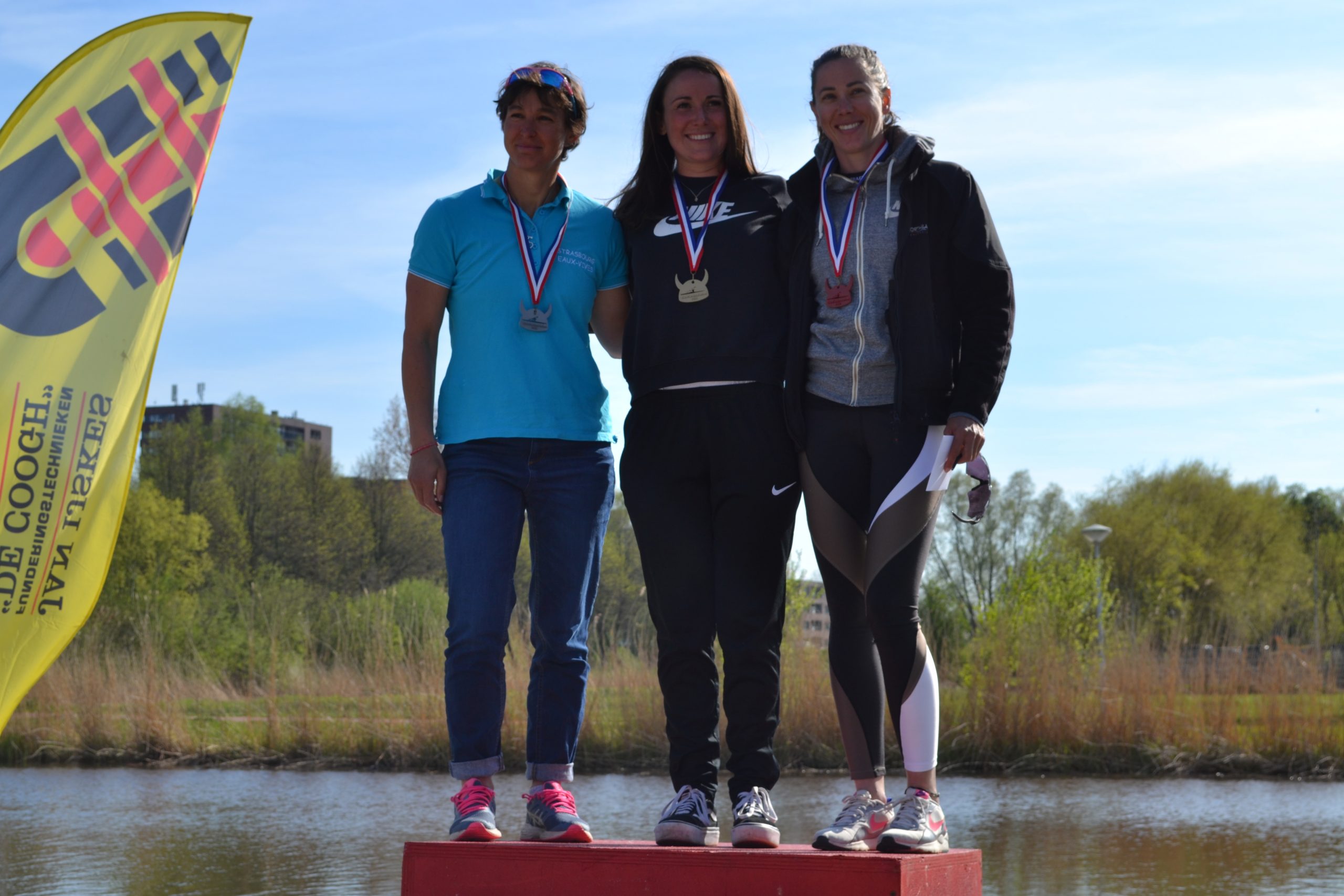 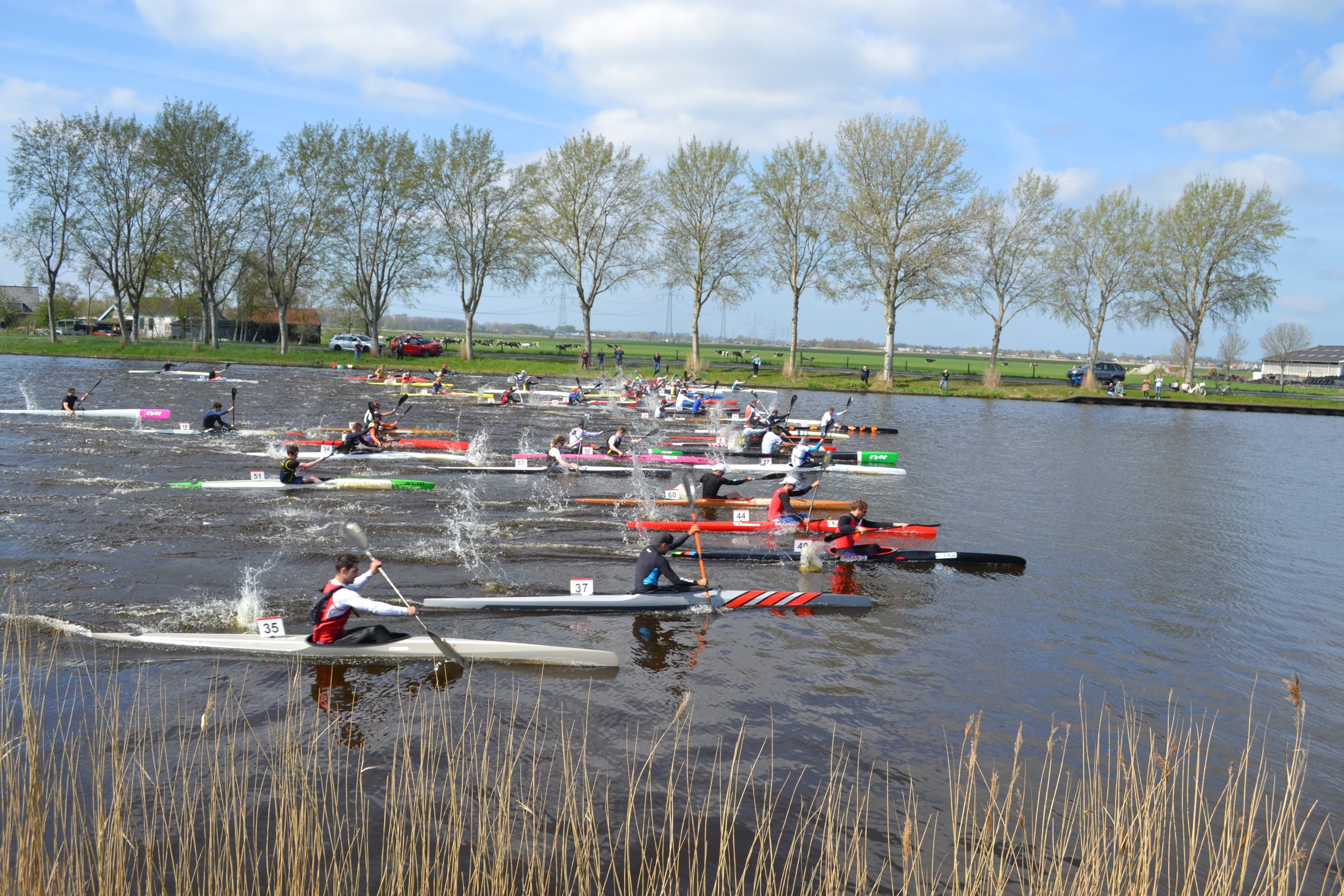 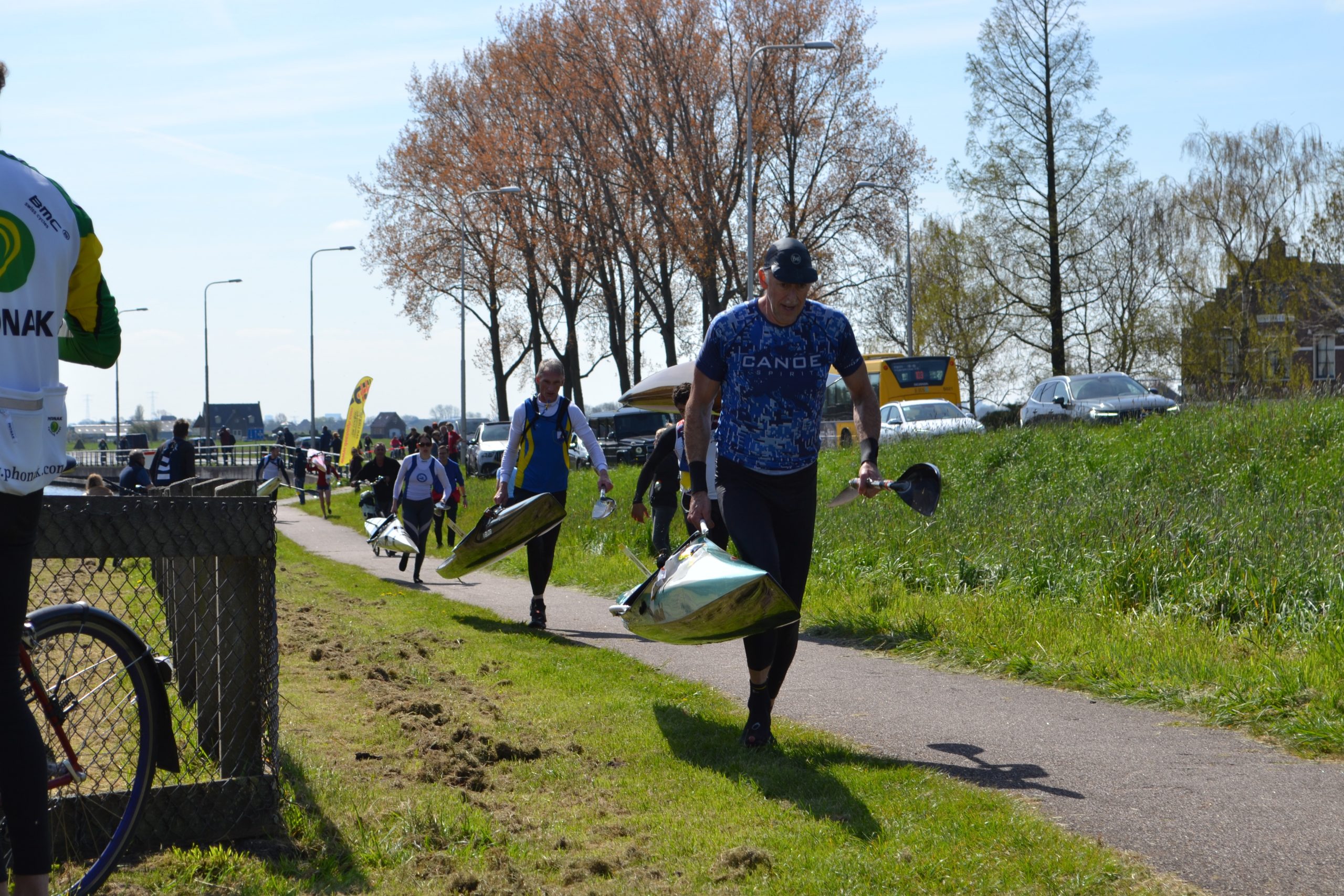 Would you like to try your chances against the best of the world? Join us on the 16th of april 2022 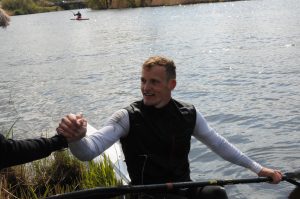 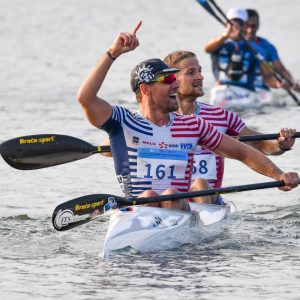 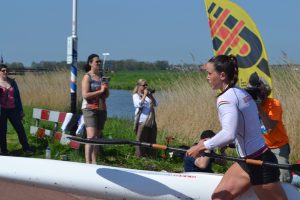 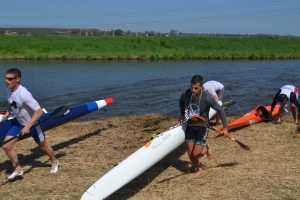 Kanocentrum Arjan Bloem offers you the Nelo Sete at a reduced price of 2400 euro.

The boats will be used at the Waterland Marathon by the top athletes. After the race you can collect the boat. 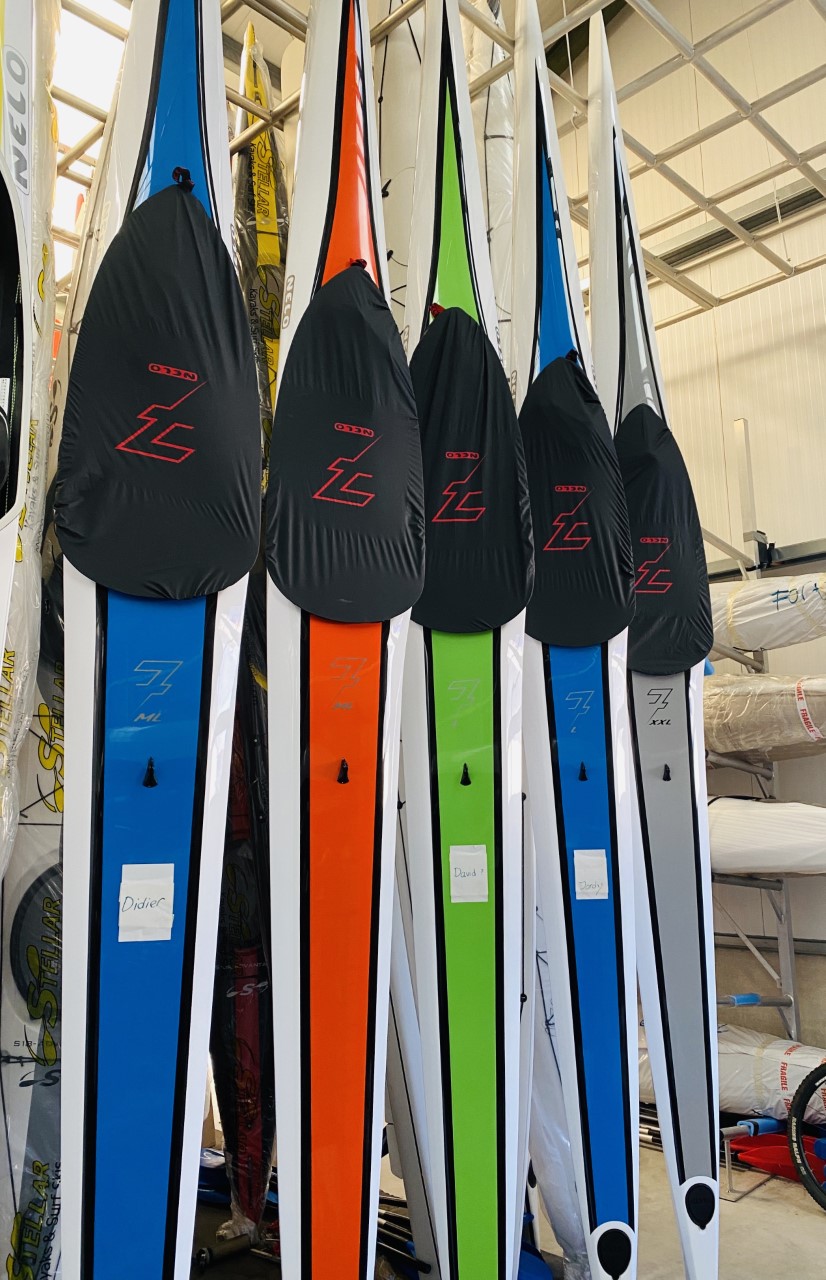 Are you travelling long distance, not being able to bring your own boat? With the help of Nelo kayaks we can now help you to join our race in the best boat available, with the Nelo Boat rental service!

The full range of the top of the line construction boats are available for rental, in perfect condition for racing.

Click on the link below for all live results. Official results and race report will follow as soon as possible, stay tuned!

The unofficial start list of the 47th edition has been updated!

The race registration has been closed since last night, late entries can then only be done in the race office at the Viking clubhouse on the race day.

Results of our spectacular 44th edition now available! A big win for both Lizzie Broughton and Leonel Ramalho! https://t.co/3AnWg0qPU4 - 7 years ago

Start list has been updated on our website and is now also available for mobile users. https://t.co/768ruomVOc - 7 years ago